The Road to California

For the exciting month of July, Alessio and I shipped back over the Atlantic and road tripped from Milwaukee to LA before traveling north along the coast. We drove a lot, ate some great food, and saw some amazing natural sights! 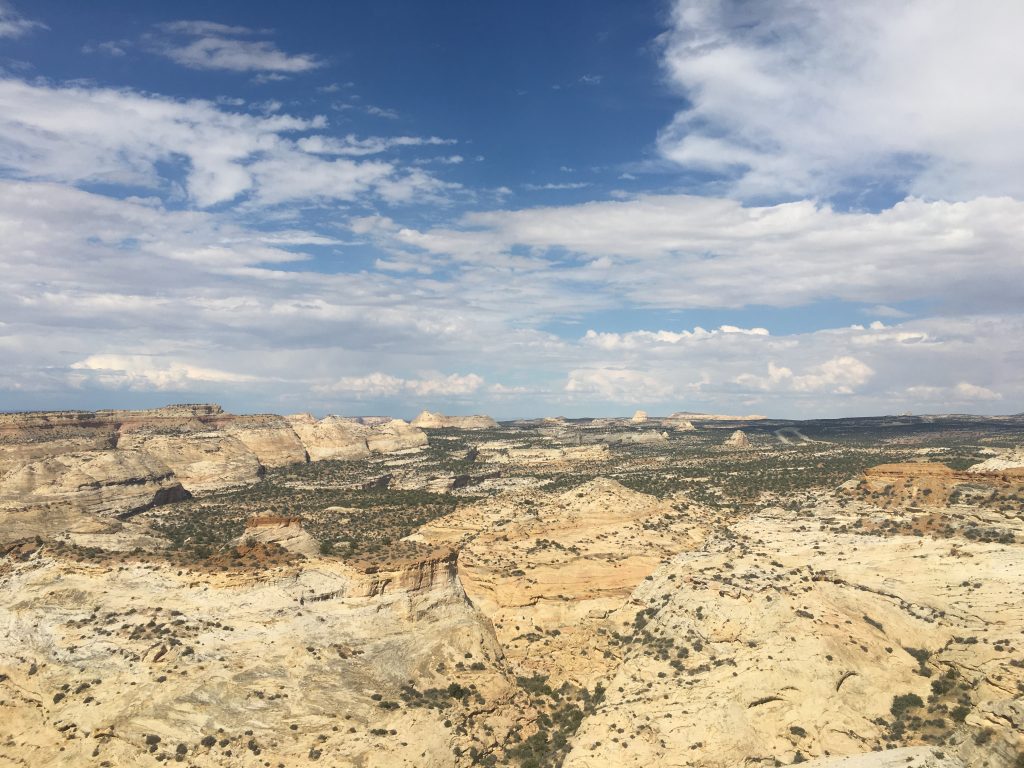 From Milwaukee to LA it is a 30-hour drive, covering just over 2000 miles. Since neither Alessio or I are seasoned long distance drivers, and we made our drive longer by not taking a completely straight route from point A to point B, we took our sweet time traversing the plains of America (by sweet time I mean we drove 7-9 hours a day). Over 5 days we made stops in Omaha Nebraska, Denver Colorado, Richfield Utah, Las Vegas Nevada, and finally, Los Angeles!

If you think you’ve seen farmland before, you probably haven’t until you’ve driven through Wisconsin, Illinois, Iowa, and Nebraska. Thankfully, I enjoy cows and get extremely excited by windmills (if you haven’t seen a wind farm before, they really are awesome!). 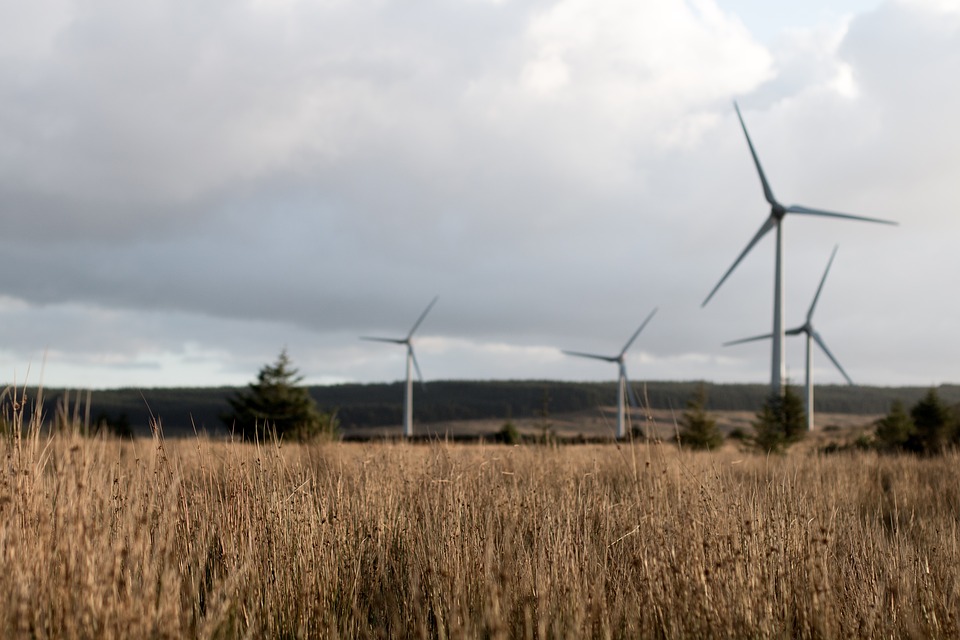 Wind energy is a renewable resource!

Omaha is a refreshing break from the endless green in the Midwest (or yellow, depending on the season), and has a lively downtown with lots of quirky shops and nice restaurants. We grabbed sushi for dinner with a friend, a risky move in a landlocked state, but were pleasantly surprised and happily full for the night! 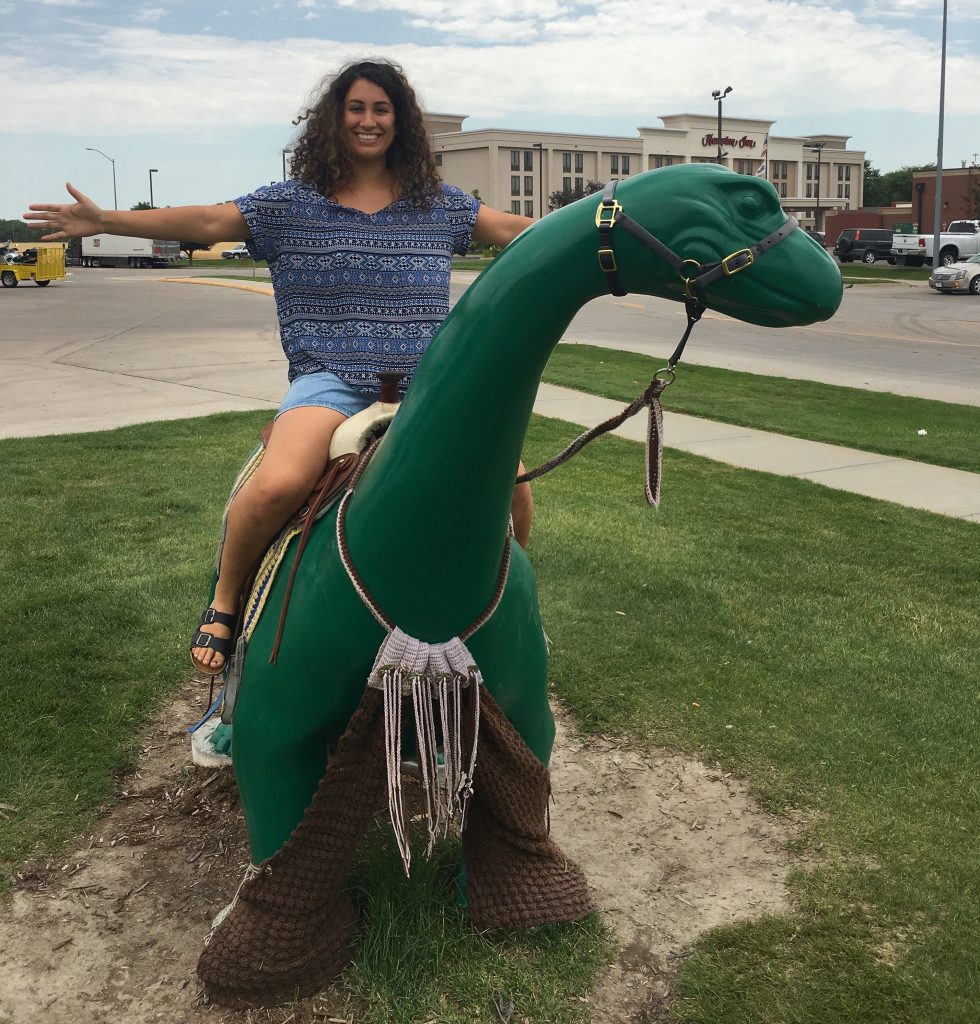 The next day, we got up bright and early to start our long drive to Denver. After some more farmland, a few pit stops, and finally an amazing view of the Rockies, we stopped in the lively artistic neighborhood of Five Points for the night! 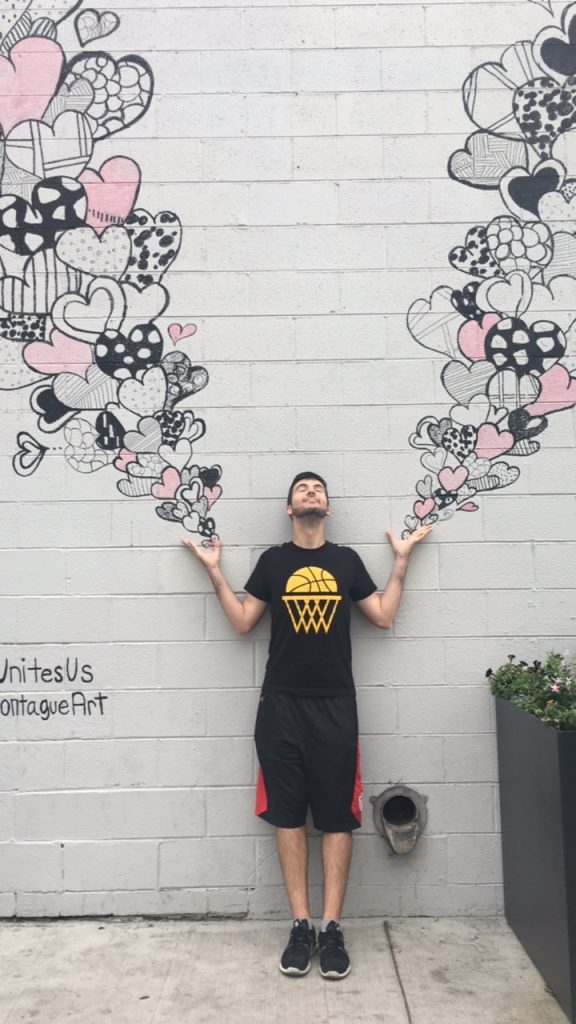 In Five Points, we wandered the streets finding really neat art, before stopping for a delicious dinner of Mexican food at Los Chingones. If you’re ever there, check out their rattlesnake chorizo! With full bellies, we crashed early before our long drive through the Rocky Mountains the following day! 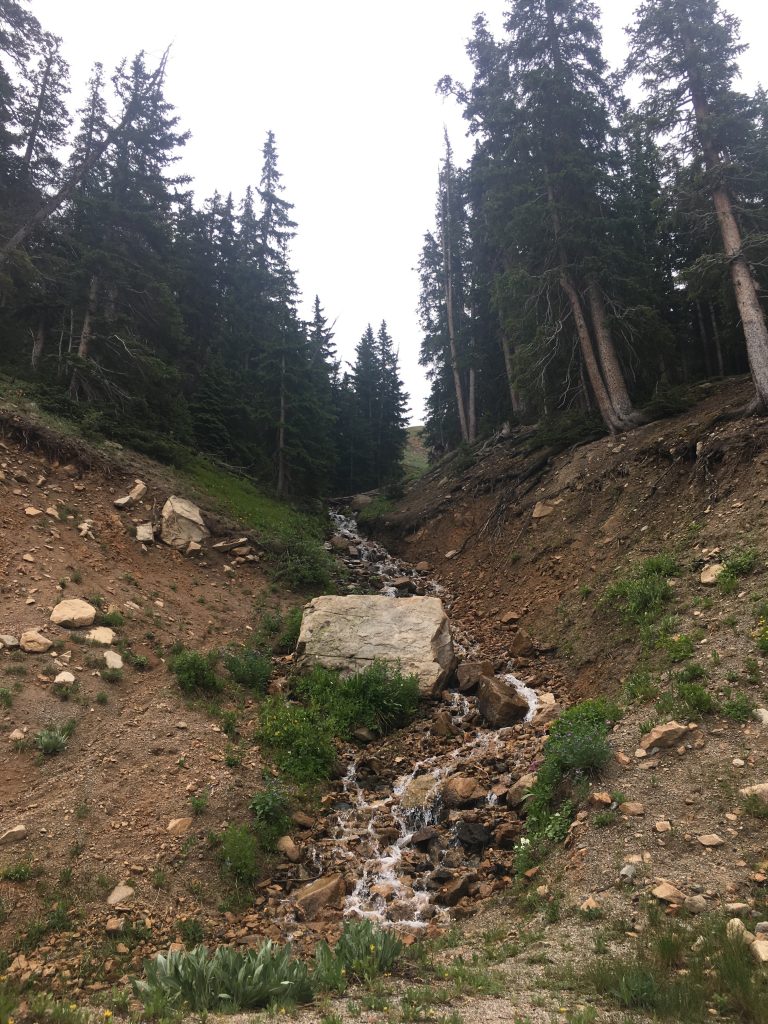 A small stream made by melting snow in the Rockies

Instead of heading straight through the Rockies, we detoured a bit to drive through Loveland Pass and see the Continental Divide. Fun fact, the Continental Divide is a rough line that passes through the highest points of America. From either side of that line, water will flow down to the Pacific or Atlantic Ocean. So, if you’re on the east side of the Divide and dumped a bottle of water on the ground, it would eventually make its way into the Atlantic Ocean! 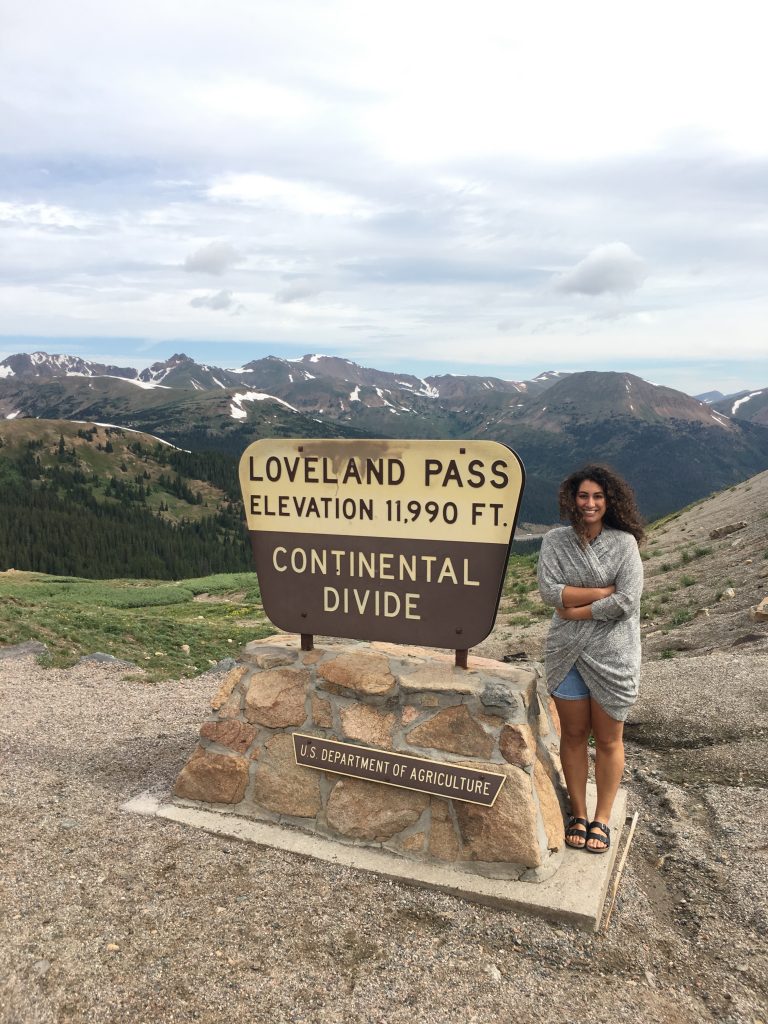 A very chilly me at the Continental Divide

As much as I’d love to never leave the winding mountain roads, it was nice to make our way down to the plateaus of the western united states. The land slowly transitioned from green and mountainous to a dry colorful desert. With more than a few pit stops to walk up some desert peaks and see the landscape, we finally made our way to the city of Richfield in Utah and bunkered down for the night. 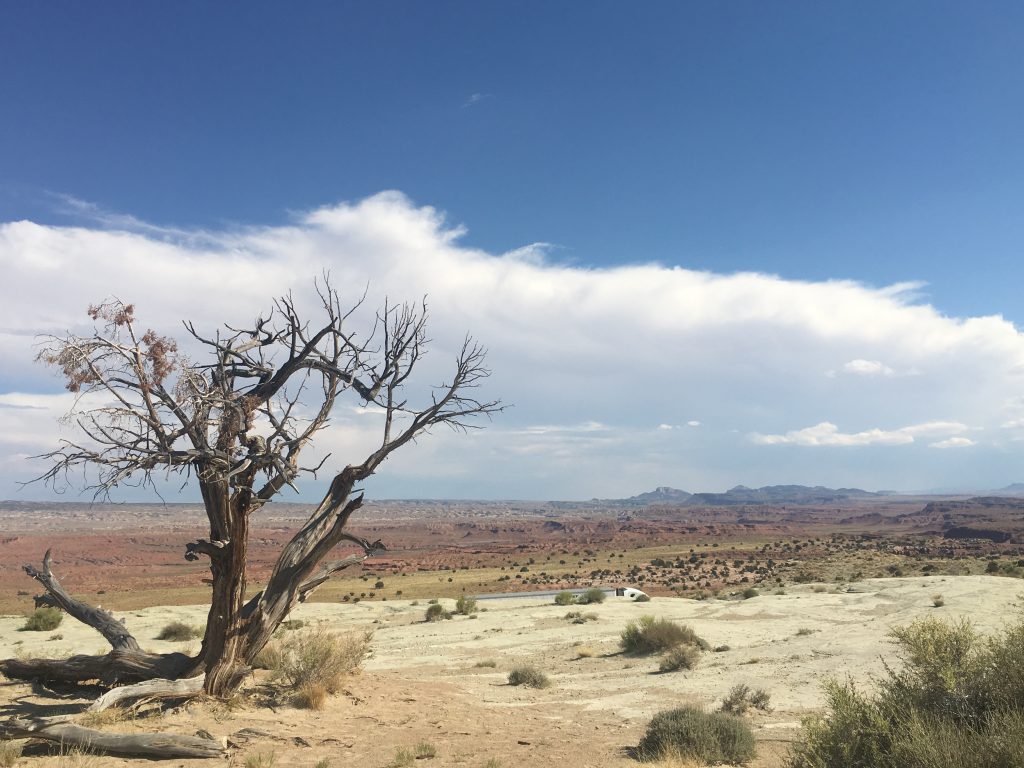 Leaving Utah, we saw lots and lots and lots of desert. Did I mention lots of desert? Thankfully, we had lots of water (gotta love a handy dandy cooler!) and our air-conditioned car protected us from the 116-degree weather. Although we didn’t make it to Death Valley National Park, we did pass many amazing view points and see some tumbleweed rolling its way down the very empty highway! One of my favorite things to see where the shadows of clouds on the ground, which you could see from miles and miles away. 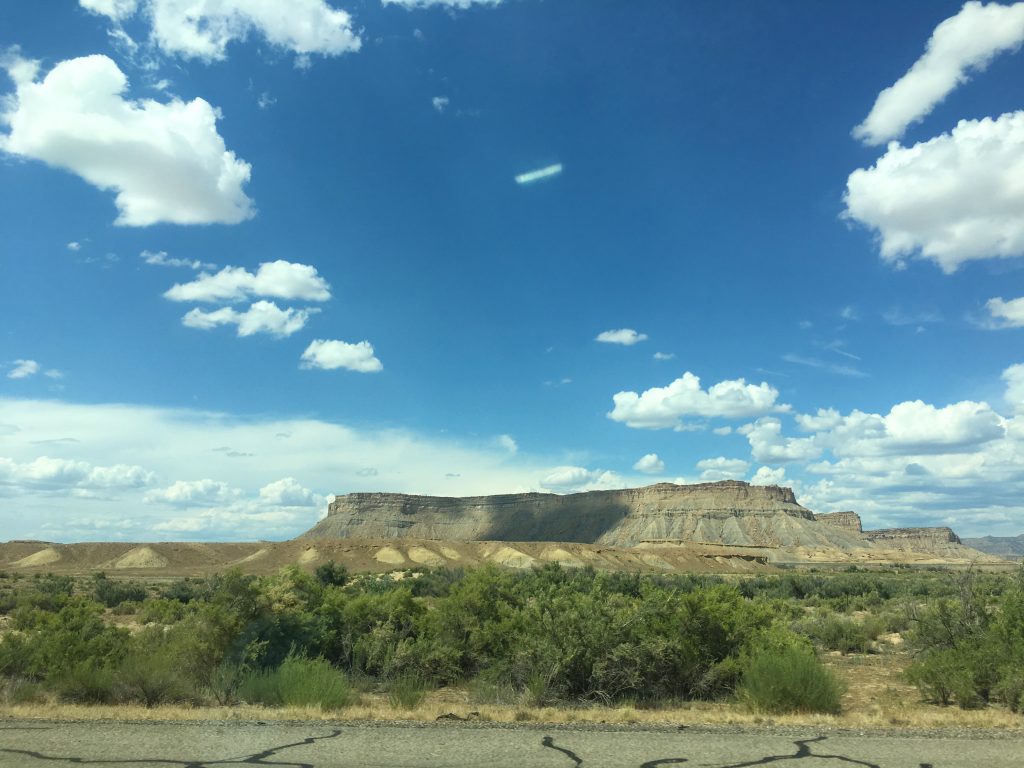 A large cloud shadow on a plateau in the distance

After lots of cloud shadows, plateaus, and endless desert, we passed through a tiny corner of Arizona and found ourselves in Nevada. From that point on, the desert was broken up by casino lights and oases that only grew larger until we reached the biggest oasis of Las Vegas. In Sin City, we grabbed a 2-foot-long pizza slice before settling into the strip for the rest of the night. As big and flashy as the strip may be, it is a real treat to stand in front of the Bellagio fountain show after a long day of driving (Especially after you’ve had 2 feet of pizza!) 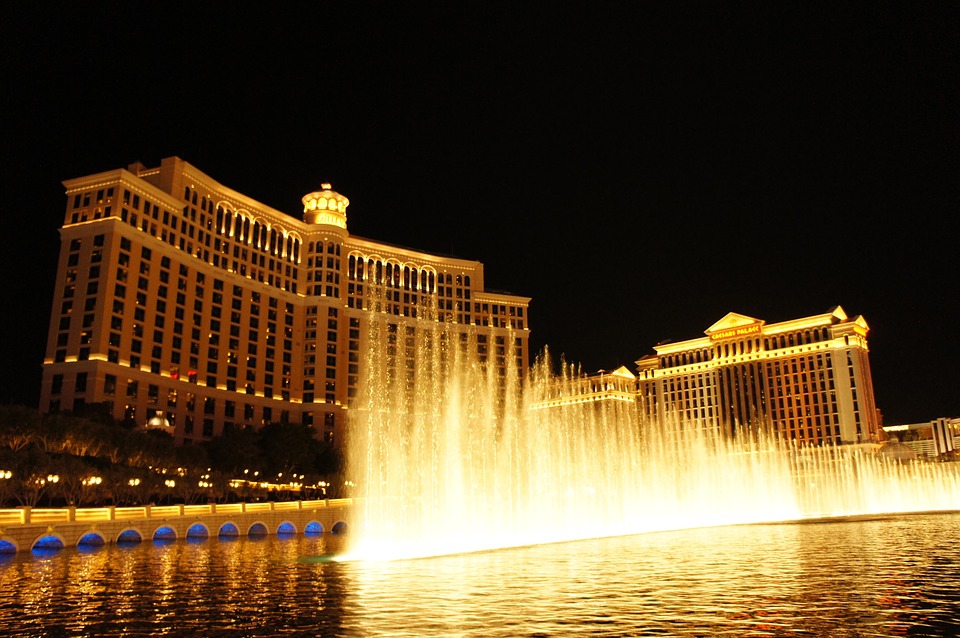 The Bellagio fountain show at night

On our very last leg of the drive, we excitedly made our way through more Nevada desert to find ourselves in California desert. Las Vegas to Los Angeles is a fairly quick drive, and some of the high points revolved around strange traffic slowdowns, a solar panel farm, and the abundance of Tesla’s on the road, or as I like to call them “Hey look, it’s another one of those futuristic vans coming up behind us!” Guided by Elon Musk’s future cars, we finally made our way into the giant city and prepared for two weeks of sun, work, and adventure. 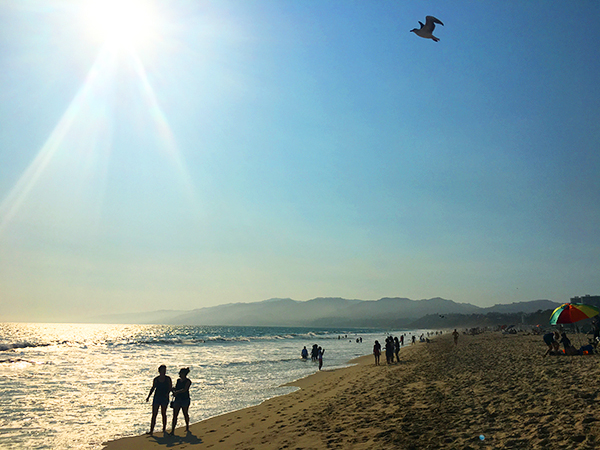 When we arrived in LA, we felt like we really could relate Kanye’s ’30 hours’, and we celebrated by settling in to a nice Airbnb in the lovely Santa Monica. Stay tuned for the adventures of Sarah and Alessio in Southern California, but for now…