The City of Masks

Venice is often called a magical place, and well, it’s true. Visiting during Carnevale, the city was magnificent. Here are 4 bucket list items to check off when you visit the ancient city!
When we first hopped off our train from Rome at St. Lucia in Venice, I only knew Venice as “Venezia” or “Venice”(I had an inkling there was a name somewhere along the lines of the Floating City, or the City on Water, but it was only an inkling and I digress.) Only today, our second day here, did I learn that Venice is also known as the “Queen of the Adriatic” which quickly became my favorite name. This city of tiny streets, bridges, canals, and countless boats truly deserves the title “Queen”. Only a queen could host such a thriving bubble of life where it seems like the reality of the mainland has been held at bay.

Imagine the bustle of New York, the buildings of an old Tuscan village, streets too tiny for even the tiniest of Italian cars (I guess that’s why they only use boats), water everywhere, and you’re just beginning to have an idea of what dazzling Venice is like. There is a world of adventure in this city, and here are a few that Alessio and I have been lucky enough to stumble upon! (We’re terrible planners and run into things often so stumbling is quite fitting for us)

Carnevale is a synonym for Mardi Gras. We suggest visiting during the weekend leading up to Fat Tuesday! The whole city is covered in confetti, filled with AMAZING costumes, and special carnevale snacks! While you’re there, get a costume! Just a mask will do, they’re available at nearly every shop. However, if you really get into the spirit and go all out like the two in the pictures, excited people will stop and ask to photograph you. (Also, ask people if you can photograph them, they’ll feel great, and you’ll have some great pictures!) 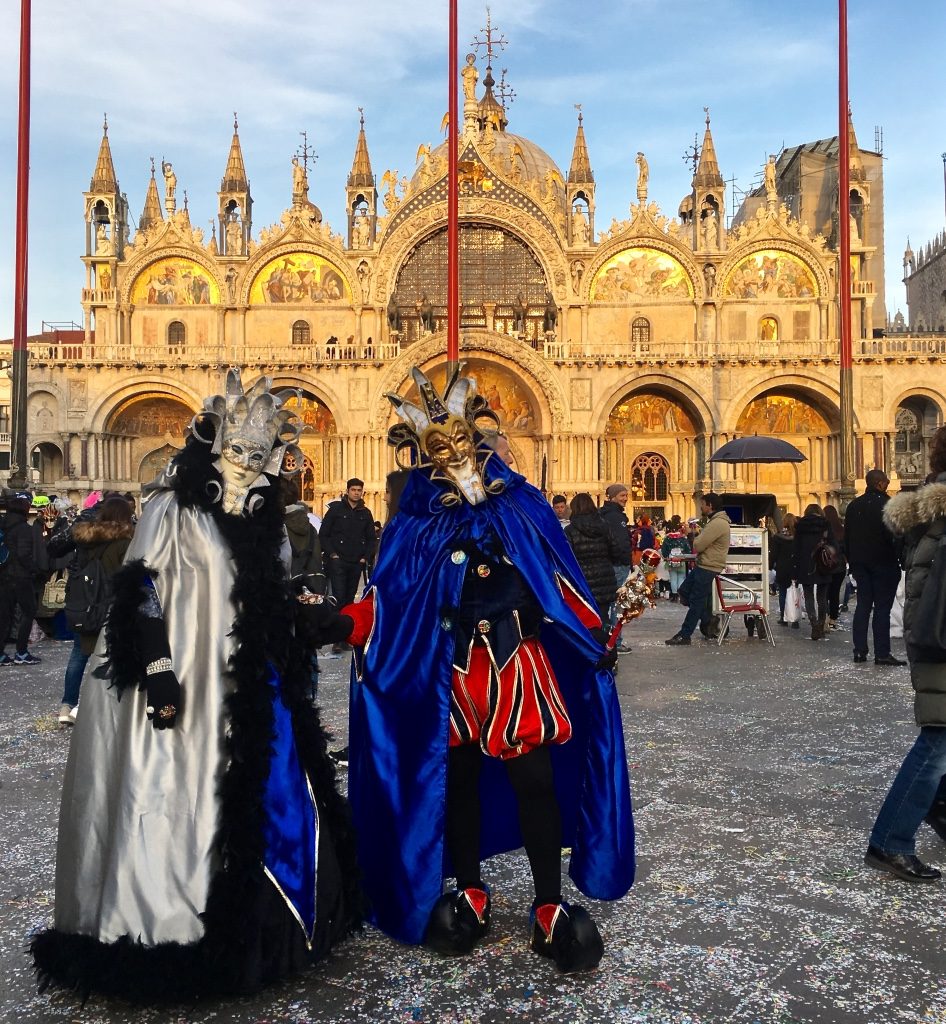 2. Eat as much as possible

Frittelle di Carnevale are a great breakfast treat or dessert if you go during the carnevale season. Calamari fritti is always a delight, and gnocchi with crab (or any seafood pasta really) hits the spot. One of our favorite places is a little restaurant called Trattoria alla Rivetta. You’ll want to make a reservation or be prepared to wait a bit, but the food is worth it. Seriously, I’m still day dreaming about the calamari. Just look at it! 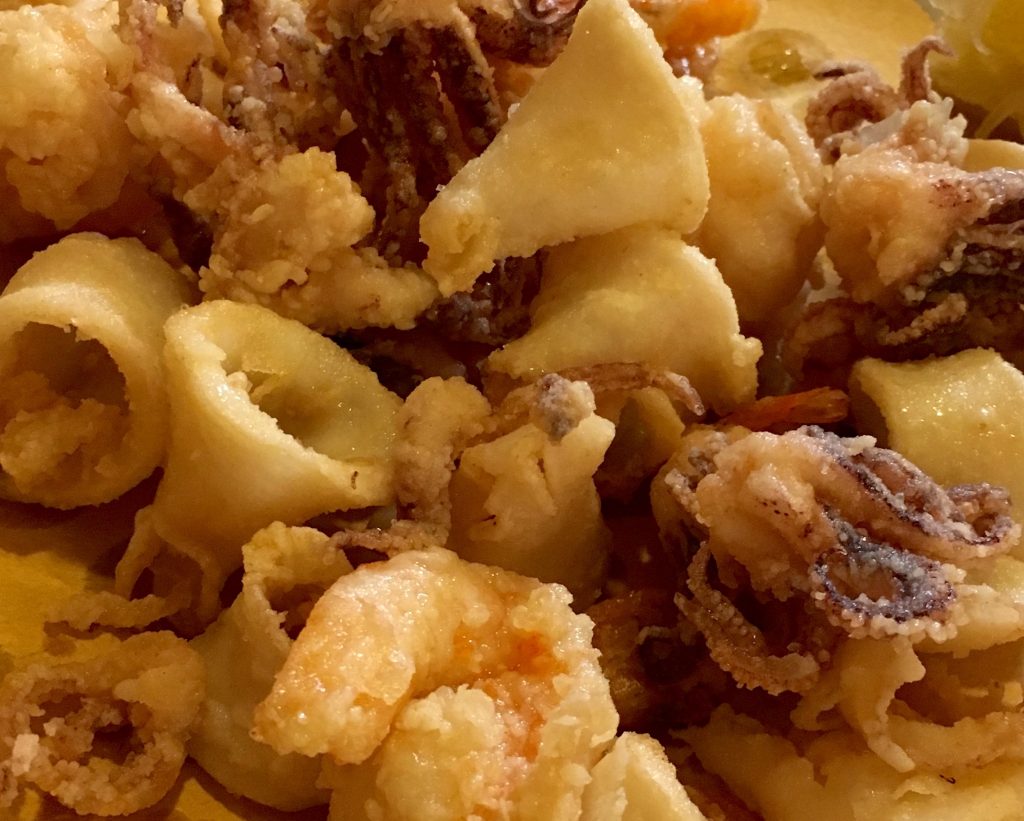 Get lost, but be smart about it. Venice is a small city, once you cross the bridge from the mainland basically everything is walkable. If you have a map, ducking down a tiny street off the main road and following various twists and turns over and along canals can bring some beautiful sights. Just make sure you have a map, or know how to ask for directions in Italian! (Make sure you’ll be able to understand the reply as well, I’ve asked questions a few times and been dazed by speedy Italian answers). So, if you’re brave, take advantage of the walkable collection of islands and galavant down that back alley to explore the hidden channels of Venice. 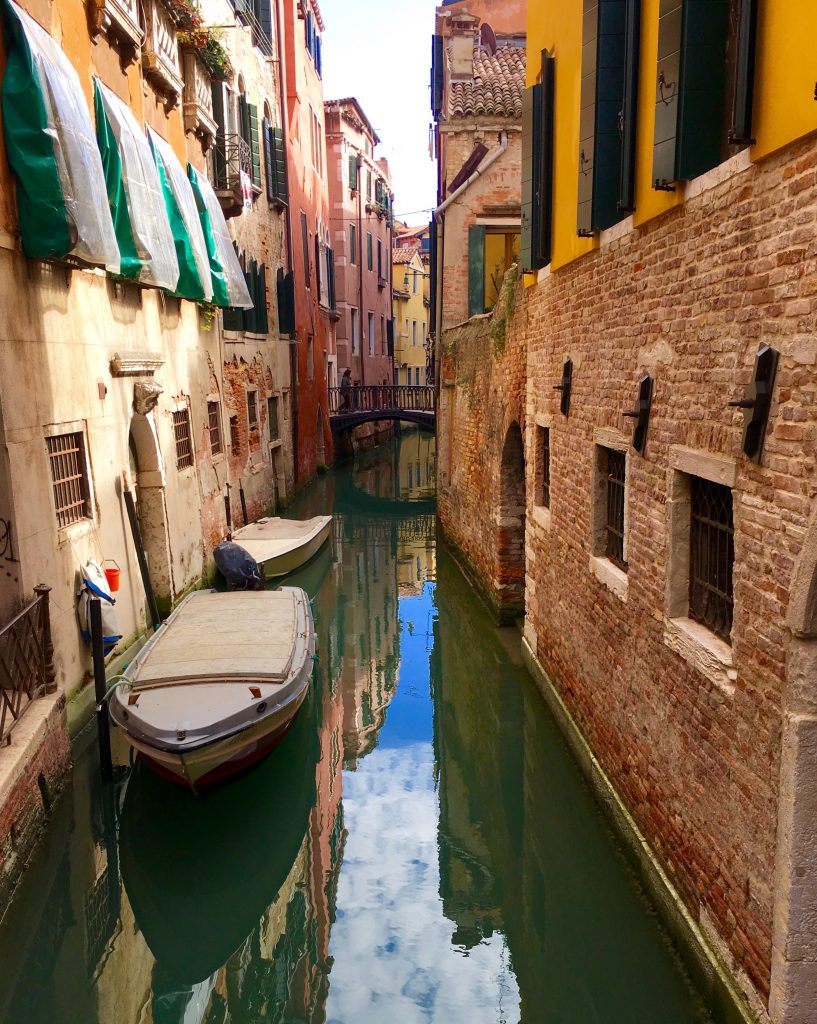 After our trip, I had to transfer all my pictures quickly to my laptop or risk the terrible “Out of Storage Space” error. (Admittedly, I only have a 16GB phone so many don’t run the same risk) But the point stands! Take as many pictures as possible. They don’t all need to be posted, but they’ll be great memories of a breathtaking trip. Here are some of my favorites! 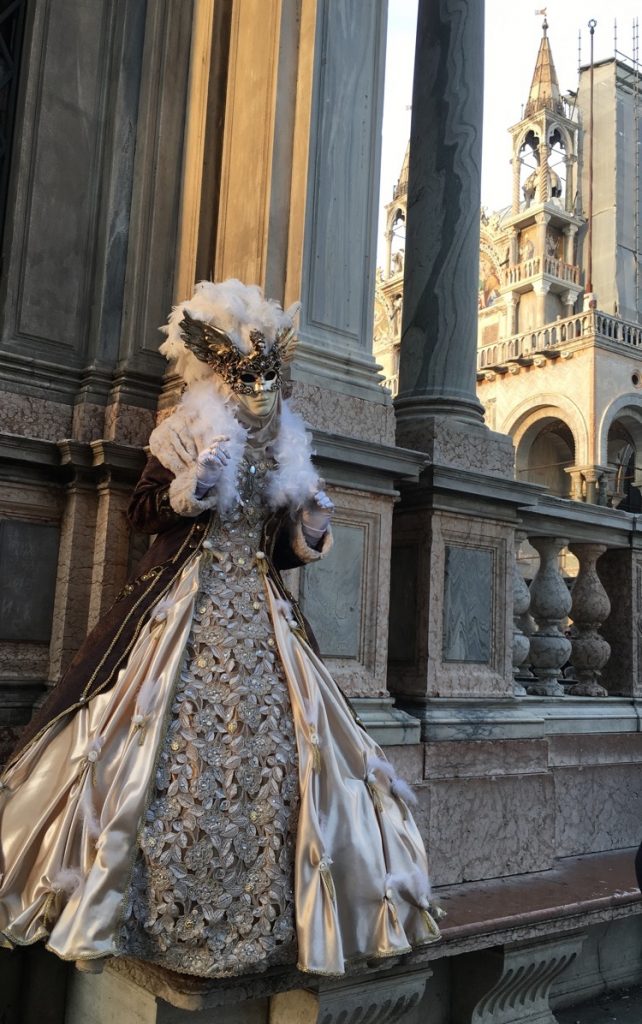 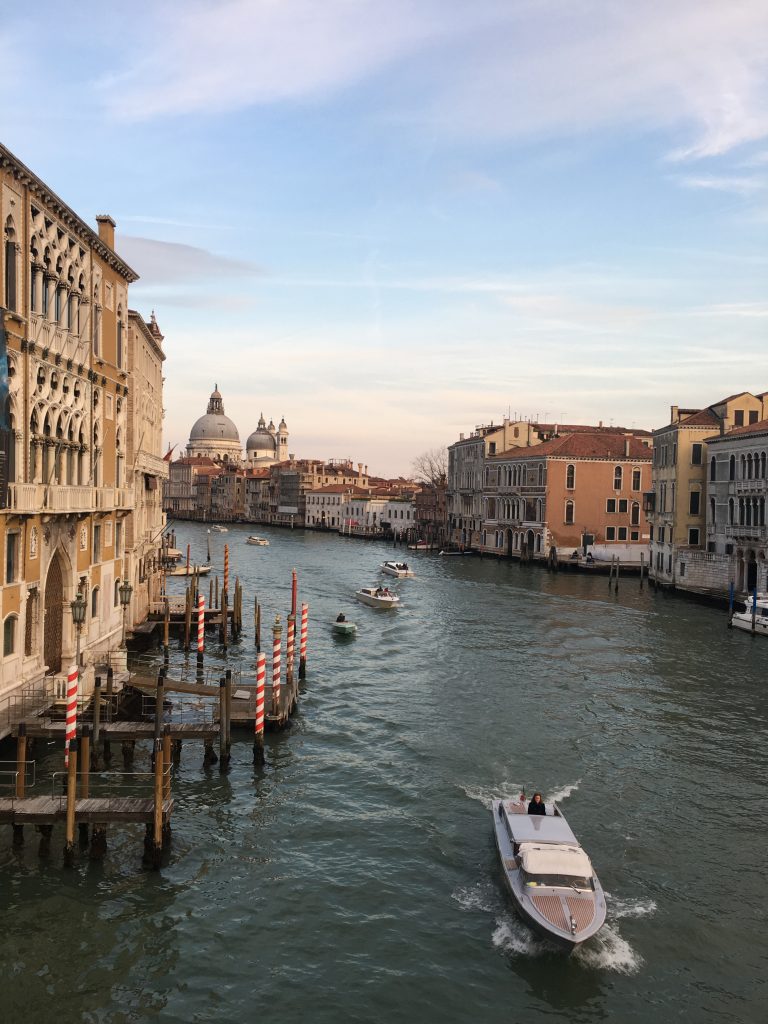 View of the Grand Canal from Ponte dell’Accademia 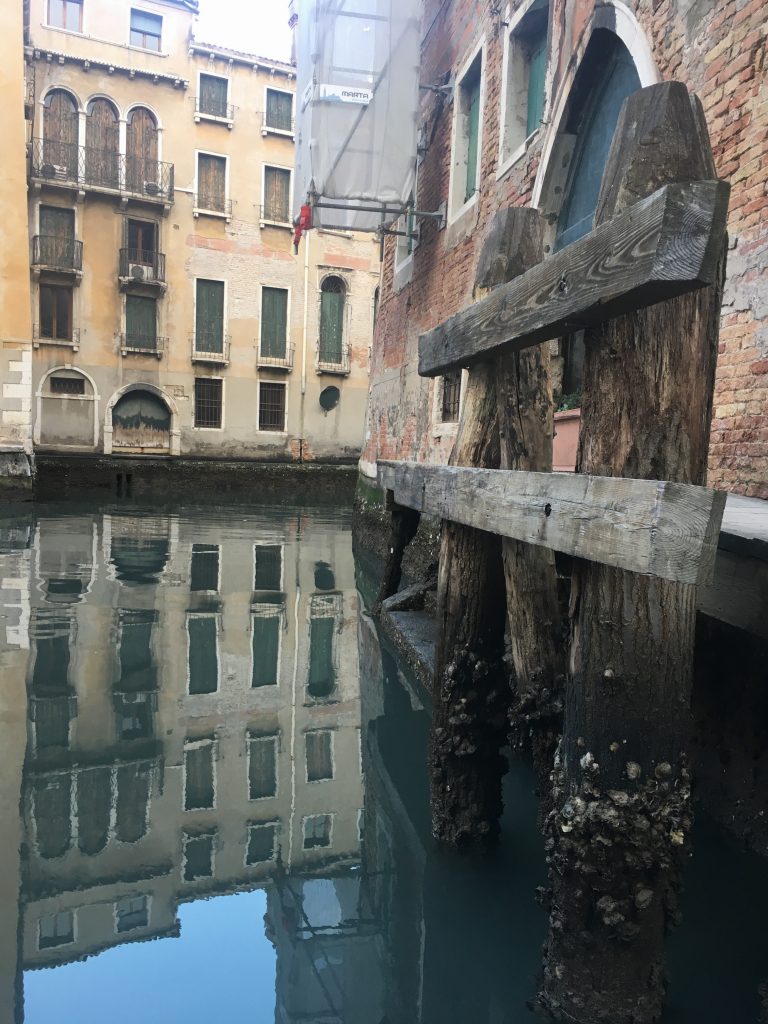 Reflection on the Rio de S. Moise Canal. Check out those Oysters! 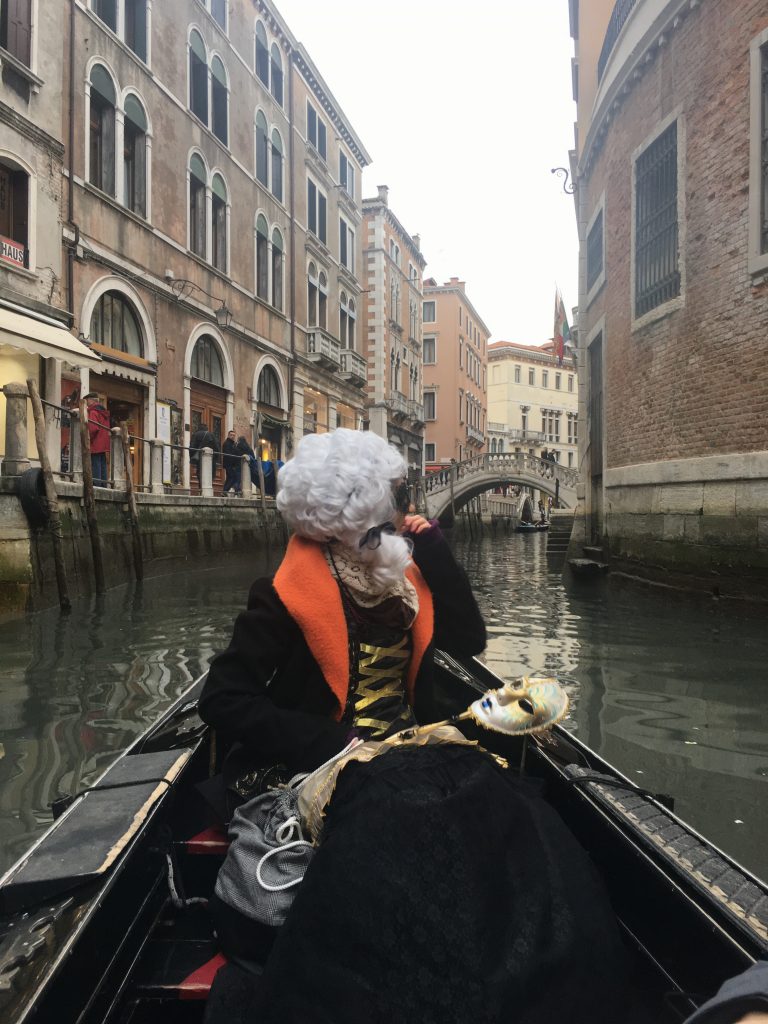 One of our new gondola friends! At Bacino Orseolo. 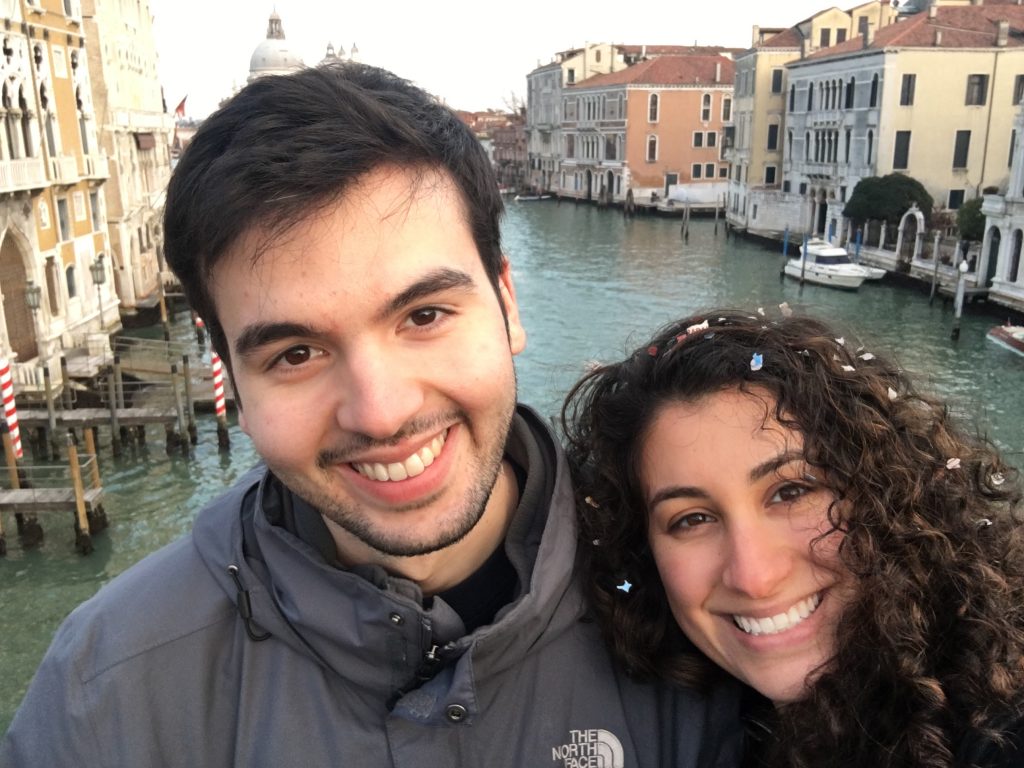