Budapest, the City of Baths, was the first non-Italy stop on our European Adventure! Here are a few fun facts about the unique eastern European city.

History can be fun! When we left the airport, our taxi driver gave us a mini history lesson as we sailed along the highway. The Danube river splits hilly Buda and flat Pest which were separate cities until 1873. In fact the first bridge to connect the two, the Széchenyi Chain Bridge, wasn’t built until 1849. 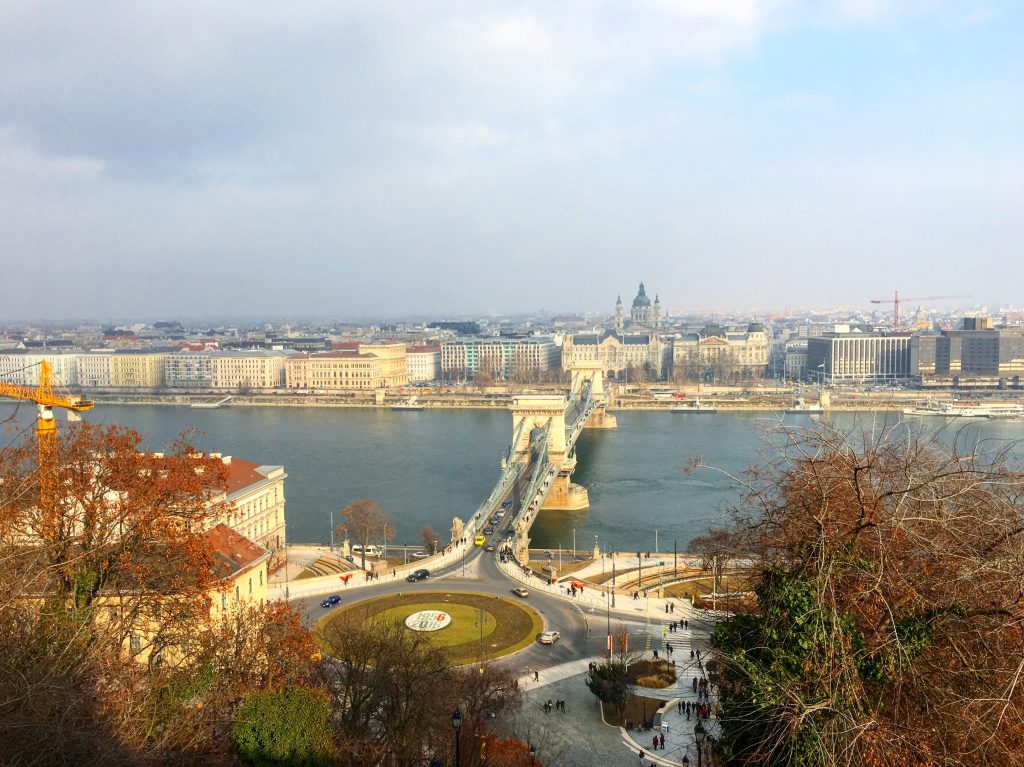 View from Buda: Pest and the Széchenyi Chain Bridge

Hungary is full of delicious foods, but none tickle my tongue quite like Làngos and Kürtőskalács do. Both dishes are bread-y deliciousness in a handheld form that have my stomach growling even as I type. Làngos is a savory fried bread topped with various ingredients of the customers choice. The local staple seemed to be a combination of sour cream, cheese, onions, and occasionally bacon. Our personal favorite was sour cream and smoked cheese. Extra yum. 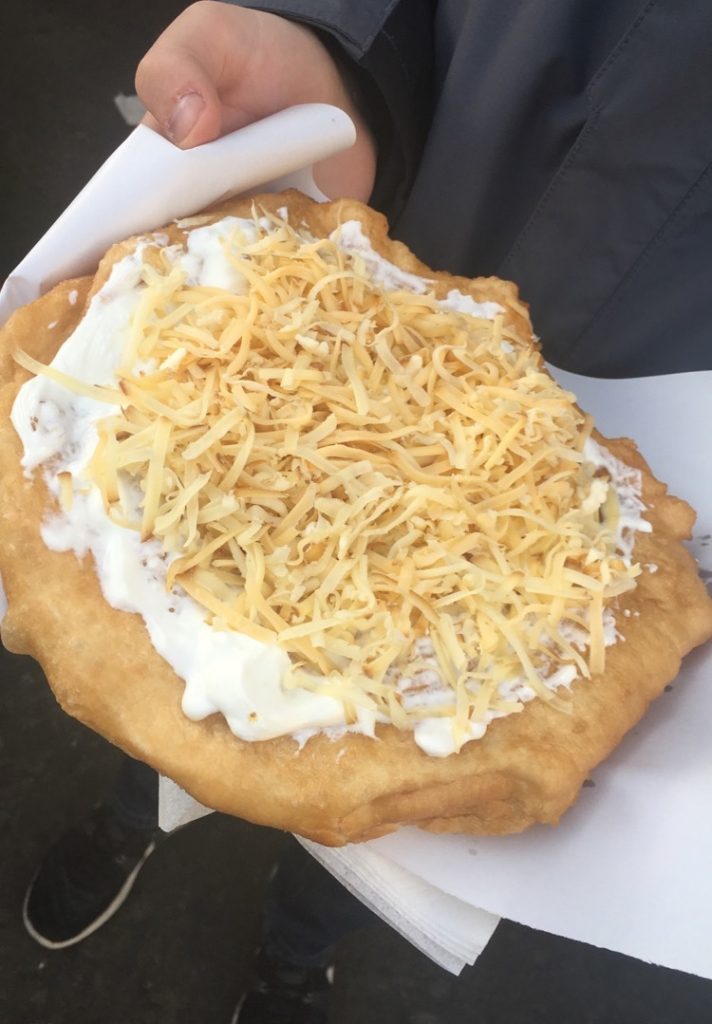 Kürtőskalács is a roasted chimney cake (yes its dessert and you can definitely eat it right after a làngos). First fresh dough is wrapped around a wooden ‘chimney’ which resembles a rolling pin. To cook, it’s psuedo-spit-roasted over a bed of hot coals. Then, dunked in sugar, chocolate, walnuts, or cinnamon. Eating it is the best part (of course), as the dough is pulled off in a giant spiral strip for perfect never ending bites.

Aside from fried food and dessert, goulash is a traditional dish that should be tried at least once while in Hungary! Two of my favorites are traditional goulash with beef, and paprika cream with veal. Both with a hearty side of dumplings! 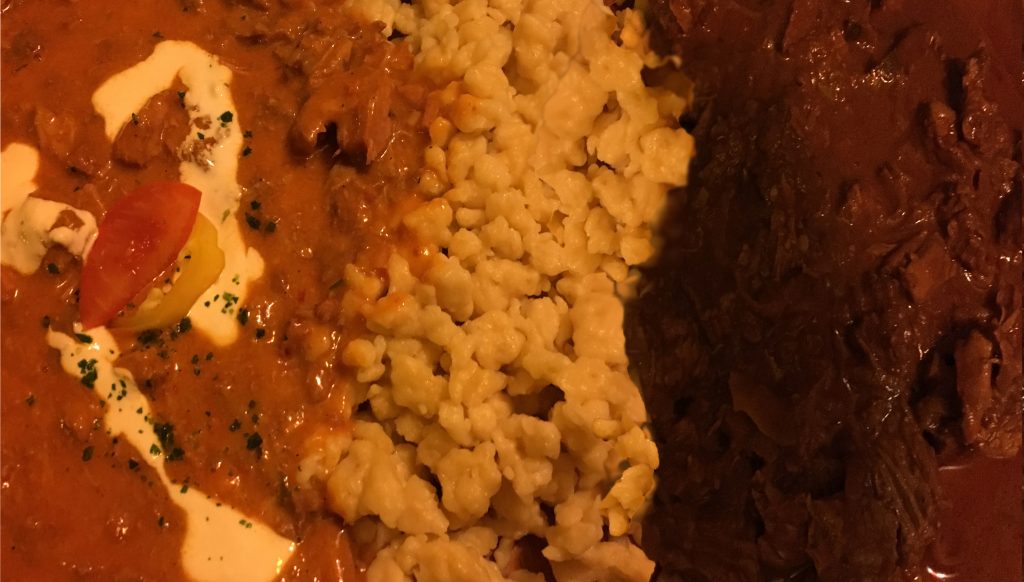 Paprika cream to the left, traditional goulash to the right, and a hearty helping of dumplings in between. (Not served this way, I edited the photo in an effort to be informative)

Fun Fact 3. River cruises are worth it

River cruises are extremely popular, and there are multiple boats just waiting to take you down the Danube. After taking stock of our options, we booked Silverline Cruises for their “Snack & Beer Cruise“. Once on the boat, we were able to munch on a sandwich and enjoy unlimited giant steins of beer during a 2 hour jaunt down the river. The staff was cheery, the boat was smooth, and the captain took time to give explanations about some of the more notable sites we passed. Silverline has many other cruises: dinner cruise with Piano Battle Show, dinner cruise with Folklore & Operetta Show, and a sightseeing lunch cruise for groups. Below is the boat we were on for our Snack and Beer cruise! If you’re heading to Budapest and time soon, check them out! 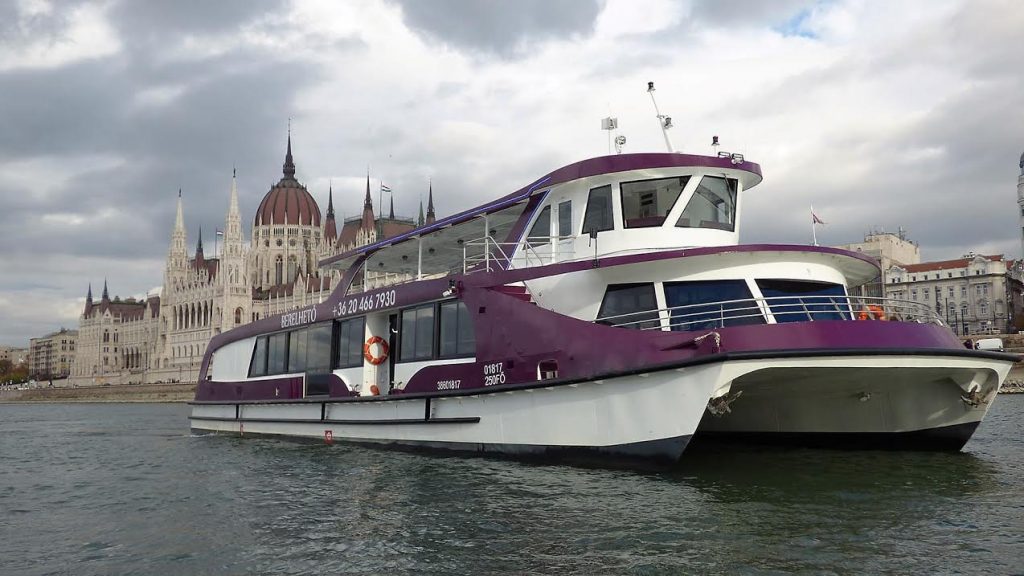 Silverline Cruise Ship on the Danube

Aptly named the “City of Baths” Budapest is swamped with spas. Some are inside nice modern establishments, and other are public turkish style bath houses fed by a natural hot spring water. During our trip we booked a hotel which doubled as a spa, and friends of ours took advantage of the public baths. From their reviews, the outdoor pools are a lovely experience during colder days and the variety of pools is great! From our reviews, having a sauna and steam room downstairs is extremely convenient and relaxing. When we take a trip back, outdoor spas are definitely on the agenda, but we didn’t feel too left out with our modern take on the City of Baths this time around. 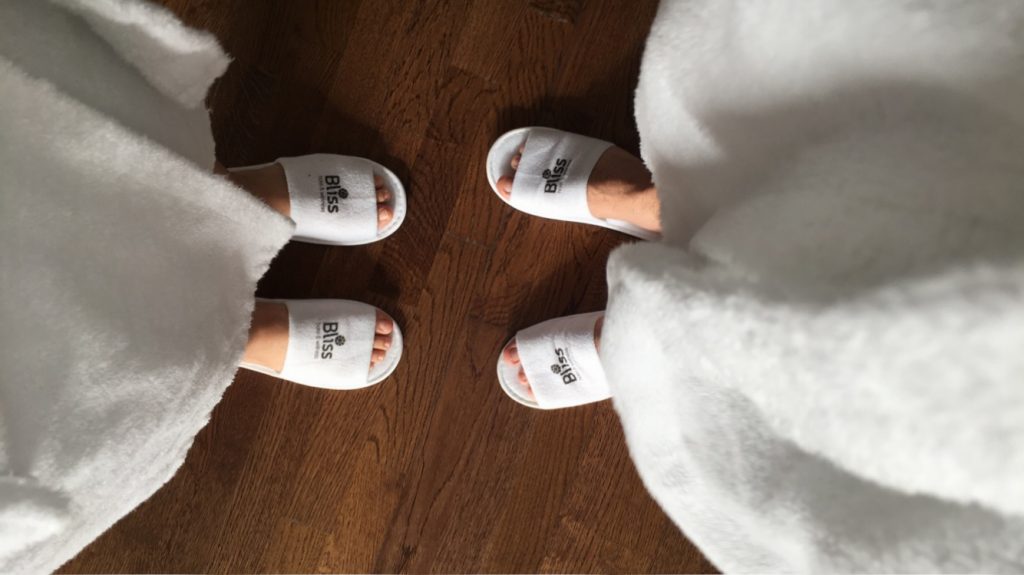 I never took my phone to the spa, so this will have to do as a spa picture

Fun Fact 5: One post is never going to be enough to show Budapest in all it’s glory.

So, here are some more pictures of our adventures out and about! 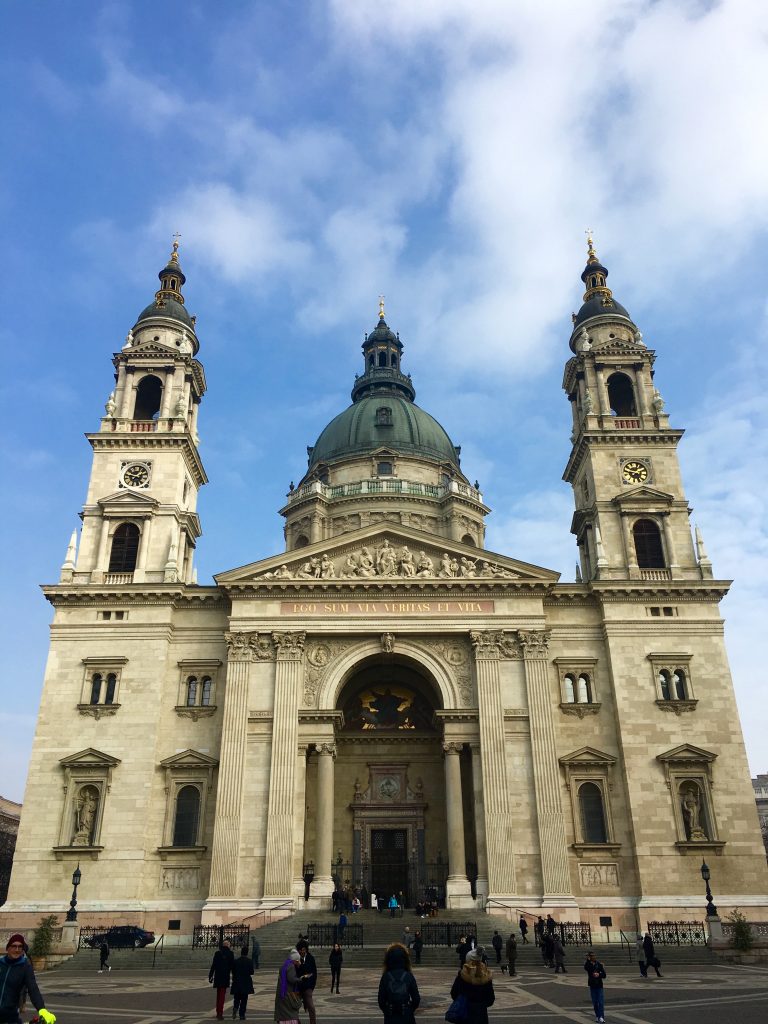 St. Stephen’s Basilica, named after the first king of Budapest 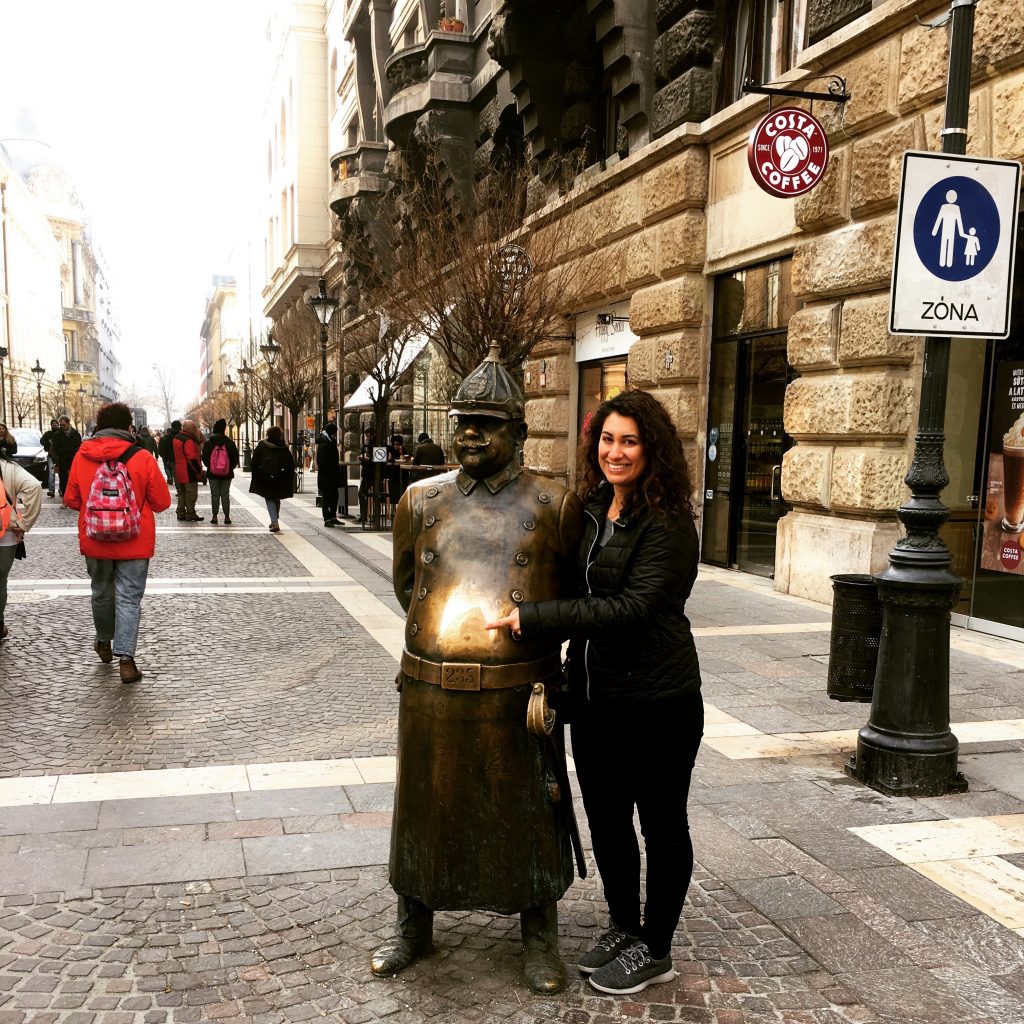 Uncle Charles, a policeman famous for his kindness. Rubbing his belly or nose is said to bring good luck! We found Kürtőskalács by following our noses after this so I think the belly rubs worked. 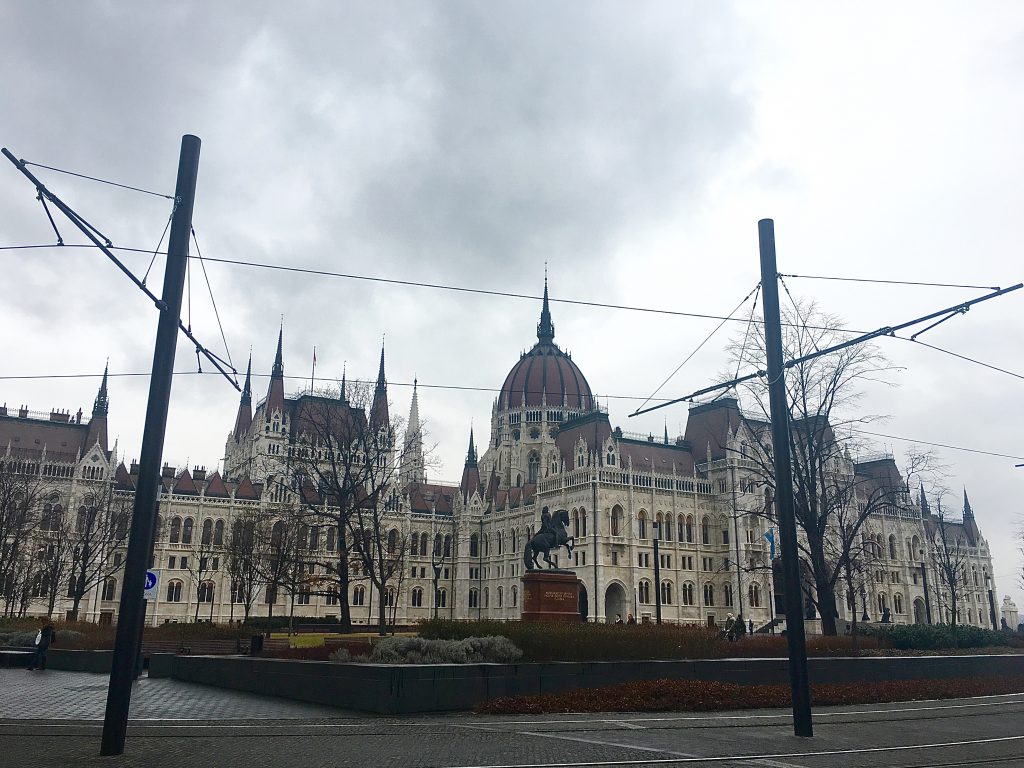 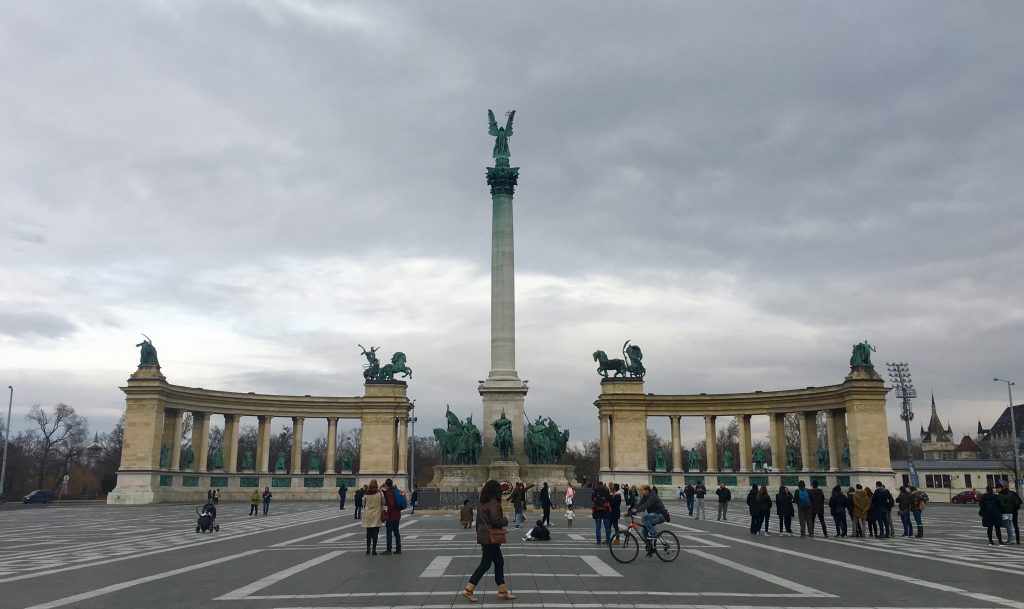 Hero’s Square, Hősök Tere, with statues of the Seven Chieftains of the Magyars and the Tomb of the Unknown Soldier